Punta Cana was once the ideal vacation destination for those who wanted nothing more than beautiful beaches and luxurious all-inclusive resorts. The surrounding area was underdeveloped and the resorts were oases in the midst of virgin beaches and pastureland. The last couple of decades have brought incredible developments, including the construction of a new highway and roads that have opened a world of possibilities for visitors who want to discover more of the Dominican Republic on their visit. Every year between January and March, thousands of North Atlantic Humpback Whales make their migratory journey to the Dominican Republic. The Samana Bay Sanctuary is considered one of the most renowned and largest humpback breeding sanctuaries in the world, an excellent place for the whales to mate and birth their calves.  Humpbacks are incredible creatures, and are known for being playful and putting on a show for whale watchers.

This tour is an extraordinary opportunity to see this animals in their natural habitat, while also taking in the beautiful sights of the Samana peninsula.  The tour begins with a boat ride to the island of Cayo Levantado also known as “Bacardi Island” for its resemblance to the beaches used in the Bacardi Rum commercials. On this tropical island, surrounded by turquoise waters and white sand beaches, a delicious lunch buffet will be served, while you take in the tropical setting.

After lunch, the tour continues by boat deeper into the Samana Bay to observe the humpback whales. The frisky and playful nature of these animals make for very common and frequent sightings and an experience you won’t forget. Isla Saona is a small island located just off the tip of the mainland of the Dominican Republic. This is one of the most popular tourist sites in the Dominican Republic, and with good reason. The island is surrounded by crystalline waters and the area is rich with wildlife, with many species of birds and tropical fish. The beaches are pristine and have often been sought out by filmmakers looking for that perfect deserted island look.

This tour begins with a race to the island in a speed boat that pauses for a stop in the waist deep natural swimming pools where you might spot some of the large starfish that make these water their home.  Arriving at the island, you will have the chance to take a nap in a beach hammock or challenge some of your fellow island goers with a game of volleyball. After you indulge in a Dominican lunch, you head back on a slow moving catamaran, with music, dancing, and an open bar. 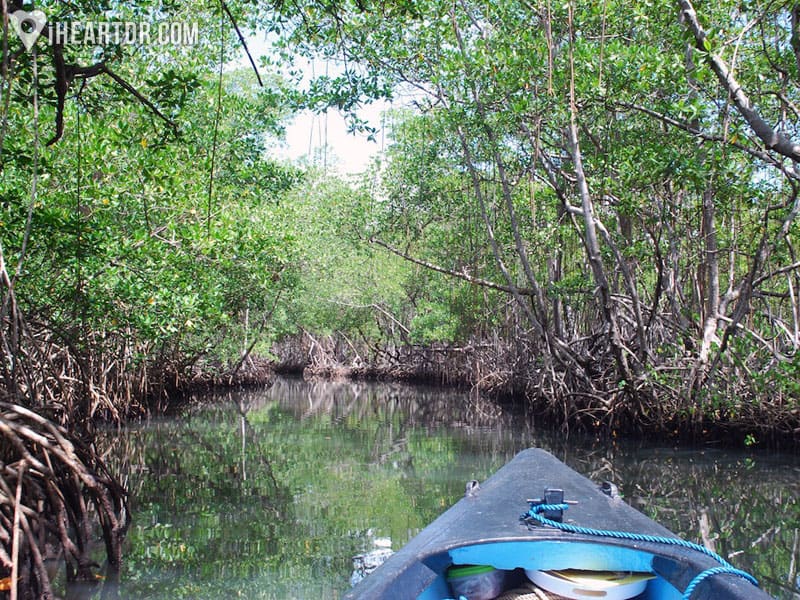 The Dominican Republic is the most biologically diverse islands in the Caribbean, if you are a nature lover and want to see what the Dominican Republic has to offer in this sense, this is the tour for you. Los Haitises is an ecological oasis, home to untouched mangrove forests, Taino cave drawings, secluded beaches, pirate hideouts and a grand diversity of endemic flora and fauna.

This tour begins with a quick stop in Higuey, the 500 year old capital of the Province of Altagracia, and the largest city in the Dominican Republic’s eastern region. Then on through the smaller towns of El Seibo, Hato Mayor, and then up across the Oriental Mountain Range offering spectacular views of the Dominican country side. When you arrive in the coastal town of Sabana de la Mar, you’ll board a catamaran and begin your genuine trek into the Dominican wilderness.

Your catamaran tour will maneuver through the mangrove forests to the San Lorenzo Bay, where there are awe inspiring views of the parks outcroppings, and the mountains of Samana in the distance. You will visit two caves, once used by Taino Indians for more than a millennium, which hold original Taino sculptures and pictoglyphs. From the park, you will be treated to a typical Dominican lunch and coffee at the Yanigua Spa, where you can also swim and enjoy an amazing waterfall. While some of the other tours take you other parts of the island, this tour proves that Punta Cana has so much more to offer right in it’s backyard. This tour is a great match for those who want to venture out of their resort, but can’t bear crowds of other tour goers. On the Jeep Safari tour you get to drive your own Jeep, through the Dominican countryside.

The tour will take you off-roading through sugar and rice fields to local villages, and two of the best secluded beaches in Punta Cana.  You will get to relax and take in the natural pace of island life as you stop to learn about how many Dominicans earn their livelihoods producing coffee, cocao (chocalate), vanilla, cinnamon and cigars. This tour also has its share of adventure with a stop at a local ranch where you can horseback ride or zip across the Anamuya River on a zipline. As a bustling city of over 3 million inhabitants, this tour really offers a change of pace from the serene beach of your hotel.  The capital city of Santo Domingo boasts many first, among them it was the first permanent settlement of Christopher Columbus, after his “discovery” of the Americas.  Santo Domingo is the largest city in the Caribbean and the oldest city of the New World. This tour is a great opportunity to experience the rich history and daily life of everyday Dominicans in their capital city.

This tour will begin with a visit to the Three Eyes National Park of underground caves and lagoons used by the Taino Indians (the Dominican Republic’s original inhabitants), followed by a quick photo stop at the  famous Columbus Lighthouse, built in 1992 in commemoration of 500th anniversary of Columbus’s landing in the New World.

Then off to the Colonial Zone, which was declared a UNESCO World Heritage site in 1992, where you will have a chance to look at historic treasures such as Columbus’s palace as well as the First Cathedral of the New World. The day would not be complete without a delicious traditional Dominican lunch, followed by a chance to do some shopping for those back home.

[message_box bg=”#d9edf7″]Information on this page could change. Please visit each tour’s specific page for the most accurate and up to date information.[/message_box]